Real Madrid has struck a €360mn deal with investment group Sixth Street and US sports entertainment group Legends to develop concerts and other events at its Santiago Bernabéu stadium and diversify its revenues.

The deal, which will be announced on Thursday, injects fresh cash into Spain’s best known football club as it recovers from the financial damage inflicted by the pandemic.

It also demonstrates the ways football clubs are attempting to increase revenues as the cost of buying and paying top players continues to rise.

Real Madrid is in the process of installing a retractable roof and pitch in its 81,000 capacity stadium. This will be completed next year and allow it to host concerts and other events at the venue.

Legends was formed in 2008 by owners of the New York Yankees professional baseball team and the Dallas Cowboys American football team to help venues develop live events. Sixth Street, which manages more than $60bn in assets, took a majority stake in the business last year.

The Bernabéu stadium lags major US sporting venues for the amount that fans spend per visit. Legends will work with Real Madrid to try to improve this, including by enhancing its VIP hospitality and the club museum.

As part of the deal, a new company will be set up to manage the stadium and the proceeds from the new business will be split 70 per cent for Real Madrid and the rest to Sixth Street. The agreement will run for 20 years.

“The transformation of the Santiago Bernabéu stadium will be a turning point in the history of Real Madrid. This alliance . . . will be fundamental in providing unique experiences in a stadium where multiple events can be hosted throughout the year,” said Florentino Pérez, the billionaire tycoon who is president of Real Madrid.

Real Madrid weathered the pandemic better than many of its European rivals, posting combined net profits of around €1.2mn across the 2019/20 and 20/21 seasons.

Next weekend, it will play England’s Liverpool football club in the Uefa Champions League final, the most prestigious club competition in Europe, with €15.5mn guaranteed regardless of the outcome and a further €4.5mn at least for the winner. Overall, each club stands to earn in the region of at least €100mn from the tournament as a whole.

Real Madrid has already won the Spanish league this year.

The club has clashed repeatedly with Spain’s top domestic league La Liga over the sport’s financial future. Pérez is among the main advocates of a new European Super League for the region’s top teams, although the project rapidly collapsed after its unveiling in April 2021, because of opposition from rivals, fans and politicians.

Pérez also tried to derail a deal between CVC Capital and La Liga, under which La Liga handed the private equity group a slice of its future broadcast and media rights over 50 years in exchange for €2bn.

Real Madrid is being advised by Key Capital and Sixth Street is working with JPMorgan.

The Board of Directors of Real Madrid C.F. at its meeting yesterday ratified an agreement with Sixth Street, an investment firm with extensive experience in sports and infrastructure, and Legends, a premium experiences company for sports and live venue organizations, with the objective of elevating the Santiago Bernabéu Stadium as a unique venue and a worldwide benchmark for leisure and entertainment.

As part of the long-term partnership, Real Madrid will receive approximately €360m to be invested across any of the Club’s activities. Through this alliance, Sixth Street acquires the right to participate in the operation of certain new businesses of the Santiago Bernabéu stadium for twenty years. In addition, Legends will contribute its experience in the operation of large stadiums, attractions and event spaces to optimize the management of the Santiago Bernabeu stadium.

“The transformation of the Santiago Bernabéu stadium will be a turning point in the history of Real Madrid. This alliance with Sixth Street and Legends, world leaders in their respective disciplines, will be fundamental in providing unique experiences in a stadium where multiple events can be hosted throughout the year,” according to Florentino Perez, President of Real Madrid. “This agreement strengthens the Club’s goal of continuing to significantly increase the stadium’s revenues from both sporting and other types of events.”

“Real Madrid’s Santiago Bernabéu is hallowed ground in the world of football, and we are honored to be joining this partnership to invest in the innovative, long-term strategic vision that has guided the Club’s consistent success over its storied history,” said Alan Waxman, Co-Founder and CEO of Sixth Street. “The flexible, solutions-oriented capital and comprehensive capabilities provided by our team at Sixth Street, combined with the deep expertise Legends offers in venue and sports brand operations, will support Real Madrid in its mission to compete and remain a leader in global sports for many years to come.”

Sixth Street, which manages over $60 billion in assets, brings extensive investment experience with leading companies in the world of sports and in sectors such as real estate, infrastructure, and consumer, including the San Antonio Spurs basketball team, Airbnb, and Spotify.

“We are proud to expand our existing relationship with Real Madrid,” said Shervin Mirhashemi, CEO of Legends. “Legends’ operational and sales acumen and experience, across match day and non-match day, combined with the iconic Real Madrid brand and Sixth Street’s flexible capital deployment is a new and innovative approach to modernizing the Bernabéu, one of the world’s greatest sports, entertainment, and cultural venues. With this long-term management relationship, Legends continues to grow its global footprint, while investing in regional expertise with best-in-class brands worldwide.”

Legends was formed in 2008 by affiliates of the New York Yankees and the Dallas Cowboys. Sixth Street invested in a majority stake in Legends in January 2021. Legends provides holistic, data driven revenue solutions for some of the world’s most iconic brands and boasts an expansive client portfolio in sports, entertainment, live events and attractions. 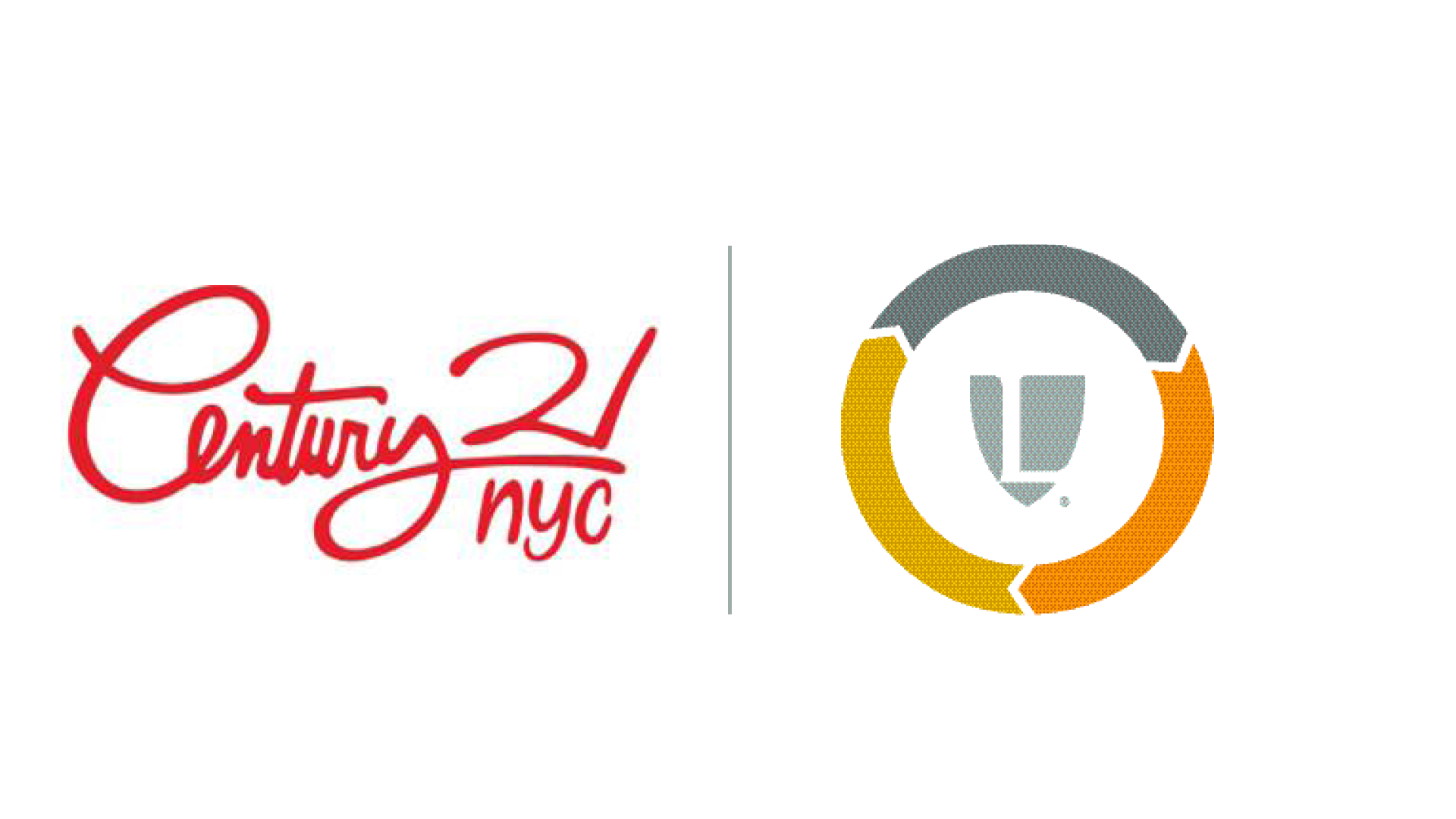 NEW YORK, NY – Once a New Yorker, always a New Yorker. Century 21 today announced it is making a New York City comeback, relaunching the beloved institution in Spring 2023 at its flagship location downtown across from the World Trade Center. The iconic retailer and purveyor of off-price luxury fashion has teamed with global premium experiences company Legends to introduce a revitalized shopping experience to Century 21’s faithful local – and global – fans.

Through this next evolution, Century 21 will remain true to its DNA – one synonymous with value and luxury – continuing to thrill New Yorkers and tourists alike with an exceptional assortment of designer brands at the unbeatable prices the brand has delivered for over 60 years. With an emphasis on their Big Apple roots, Century 21 will be adding NYC to their iconic logo.

Complementing Century 21’s long-standing legacy as a New York City icon, Legends boasts a prominent footprint in the New York City market, overseeing retail and hospitality operations at landmark establishments including Yankee Stadium (New York Yankees and NYCFC), One World Observatory and the MLB Flagship Store. As a global, data-driven holistic sales service provider, Legends has operated brick and mortar, pop-ups, e-commerce and in-venue retail experiences for renowned brands such as the NFL, MLB, PGA, NASCAR, Real Madrid, Dallas Cowboys, and the 2012 and 2016 Olympics, among many others.

This partnership will couple Legends omnichannel operating expertise with Century 21’s expert curation of designer brands at amazing prices, to bring fans of the iconic brand an enhanced shopping experience in-store and online.

“Century 21 is, and always will be, a New York City brand,” says Raymond Gindi, Century 21 Co-Chief Executive Officer, “Our flagship store has been a long-time symbol of this city’s resilience and unwavering spirit. In our 60 year history we have only closed our doors twice, once after the devastation of 9/11 and then again during the COVID-19 pandemic. But like the true New Yorkers we are, we have persevered. We could not be more excited to bring Century 21 back home, delivering the same products and value to customers, in partnership with Legends.”

“Legends is proud to partner with Century 21 to bring the beloved retail experience back to New York City,” said Dan Smith, President, Legends Hospitality. “Working side by side with the Century 21 team, we have enhanced the in-store and e-commerce experience and are excited to ‘open the doors’ to a global audience in 2023.”

As a result of this partnership, Century 21 will be introducing a more streamlined customer shopping experience through in-store upgrades and an elevated, e-commerce presence, which will debut at the same time the brick and mortar store opens its doors. The re-opened Cortlandt Street location will span the four main floors of the original downtown space and will offer men’s, women’s and children’s designer apparel, footwear, outerwear, handbags, accessories, and fragrances.