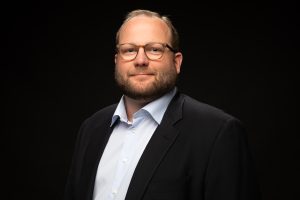 Recently, Ryan oversaw Legends’ transition of the Kroenke Sports and Entertainment venues in the Denver Area, including the Pepsi Center, before moving to Los Angeles to work on the food and beverage programming for SoFi Stadium, the launch of Local LA Catering & Events by David LeFevre, the creation of the Los Angeles Hospitality Education Center, and Super Bowl LXI.

His emphasis has been on accelerating growth while improving service levels and offerings to improve guest experience, as well as creating and implementing performance management tools to ensure systematic and disciplined operations.

Ryan has over twenty years of senior management and executive level experience in the hospitality industry with operational responsibility in all major functions across a broad range of service types. He has served as a corporate department head of an $800 million restaurant and sports & entertainment foodservice company, overseen all food and beverage operations and innovations for the most exclusive private club in the world, founded and launched a $24 million food and entertainment company as its COO, helped create and implement the food and wine programming for multiple venues, and serves as the CEO of the Los Angeles Hospitality Education Center.