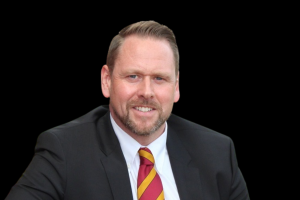 David Garth joined Legends International in 2022 as Vice President of Commercial Revenue, where he focuses on driving revenue across the business’ growing portfolio of clients.

Garth has more than 20 years of experience building successful commercial businesses within sport specializing in stadium, sponsorship, and retail revenues along with marketing, CRM and fan strategies. He has held senior roles at Manchester United, Inter Milan and Glasgow Rangers.

Prior to joining Legends International, Garth managed and operated his own consulting business. He has partnered with a number of agencies in the UK and Europe across a broad sporting client base. Other client retained work has included commercial projects in the US with NFL, NCAA and MLS club sides. Whilst in the UK and Europe he has worked across the English Premier League and Football League, also in French Rugby Union assisting with a diverse range of projects. Including new ownership groups stabilising acquisitions, implementing commercial revenue strategies, new stadium builds and renovation projects. Previously he held the role of Venue Commercial Director for Inter Milan where he led all commercial revenues lines for the Club at San Siro, including ticketing, membership, hospitality, marketing and CRM. Additionally, Garth was Head of Venue Sales for Manchester United focused on growing matchday revenue and driving non-matchday business. Earlier in his career, Garth held senior positions at the Glasgow Rangers and Bradford City Football Club.